The technological world has turned to the search for a solution that can stop COVID-19. The pandemic has given strength to collaborative projects such as Folding @ home.

Before the pandemic, the Folding @ home project had 30,000 users and some university servers. The coronavirus revolutionized everything and the organization got a million users by overloading its servers, all to collaborate in the fight against the virus.

Folding @ Home is a project that has been connecting computer equipment from around the world for more than a decade with organizations that carry out studies to find a cure for diseases such as Alzheimer’s, Parkinson’s or, now, COVID-19. After making a massive appeal to the solidarity of users, in April they broke all power records with peaks of up to 2.4 ExaFLOPS.

The technology industry stepped up and Microsoft, Nvidia, AMD, Intel, AWS, Oracle and Cisco helped with hardware and cloud services. All these aids have begun to bear fruit and the organization has shared new results of its efforts to simulate proteins of the SARS-CoV-2 virus, the goal is to better understand how they work and how to stop them.
In his simulations of SARS-CoV-2, F @ h details the process by which the virus’s proteins serve to adhere to a human cell where it infiltrates and begins to replicate to infect that person. This project aims to find a formula with which to inhibit the connection between the virus and human cells.

Dr Greg Bowman, associate professor of biochemistry at the University of Washington and leader of FAH, said the spike protein hide from the immune system to the fold on themselves to protect their union with the receptors, similar to turtles they hide inside their shell. However, they would eventually have to open up to find a potential host.

” We knew it was happening … In the simulations, we see a much more extensive aperture than had been seen experimentally, ” Bowman explained to NetworkWorld. Simulations created by the organization show how the virus has to break open to infect a cell and expose itself where antibodies or antivirals that bind to the surface can attack to neutralize the virus and prevent it from infecting someone.

“A large amount of support from citizen scientists and help from the technology industry opened up scientific opportunities that we would not have otherwise had, ” said Bowman, who has compared the current size of Folding @ home of 247 power petaFLOPS to one of the most powerful computers in the world, Summit. Currently, the F @ h project exceeds the power of the American supercomputer. 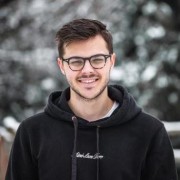 How Much Will it Cost to Move with Local Packers and Movers in Pune?

Merckens Bittersweet Chocolate Is the Perfect Alternative to Merckens Wafers

Top-10 Gift Ideas that Are Perfect for Your Kids